Get the Facts on Equalization Before You Vote

Our United Conservative Caucus believes Canada’s Equalization system is fundamentally broken, pulling billions of dollars out of Alberta – even during times of economic recession – and funneling that money into provinces with strong, even booming, economies. Often, this money is going to subsidize programs and services for politicians who are hostile to the very drivers of Alberta’s prosperity – namely, the energy sector. Many Albertans are frustrated, but on October 18, they will finally get to have their say.

Referenda is an important part of our democracy because it gives everyday Albertans a direct voice in the political sphere. If we as Albertans don’t speak out for ourselves, no one else will. A referendum on equalization is an opportunity for Albertans to make a strong statement to Ottawa that equalization does not work for Alberta.

The vote on October 18 will give Albertans an opportunity to participate directly in democracy.

Know before you vote

IT IS UNFAIR FOR ALBERTA FAMILIES

An Alberta family of four will pay $2,700 towards equalization, hundreds more than a family in BC or Ontario. This money goes to fund Equalization payments for other province’s provincial services when we need those dollars here.

The federal government has a massive spending problem, and the broken Equalization system only makes it worse. Equalization has grown by 23% since 2015 and will grow another 20% in the next four years to $25 billion.

IT HOLDS ALBERTA BACK

Quebec has collected more than $80 billion in Equalization since 2015, despite running multiple budget surpluses. Alberta has collected zero dollars from Equalization during that same period, despite experiencing low commodity prices and disastrous NDP policies.

it doesn't adjust to changing circumstances

Equalization grows with GDP regardless of changing economic circumstances. Many “have not” provinces are doing significantly better than they were in 2015 – but continue to collect billions of additional dollars from Equalization.

it hurts alberta the most

All provincial governments and economies are struggling right now, but the Equalization program continues to disproportionately pull money out of provinces like Alberta to send to provinces like Quebec.

Let us know what you think. 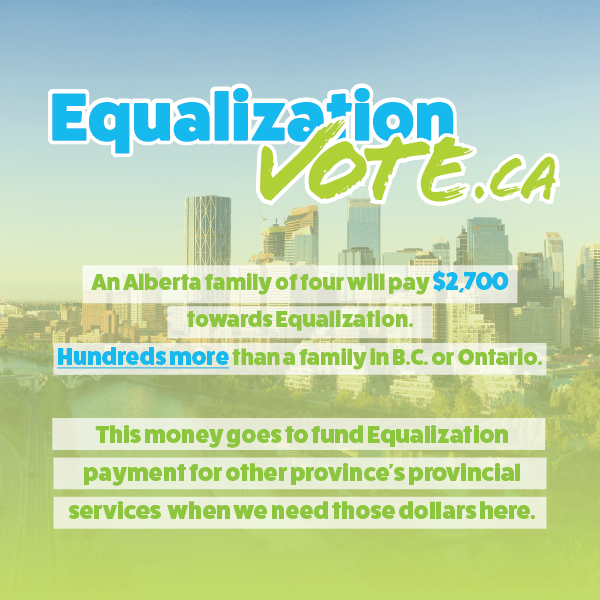 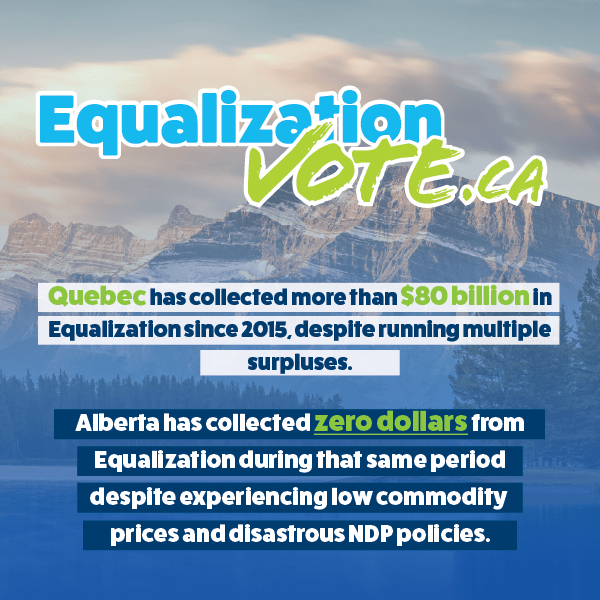 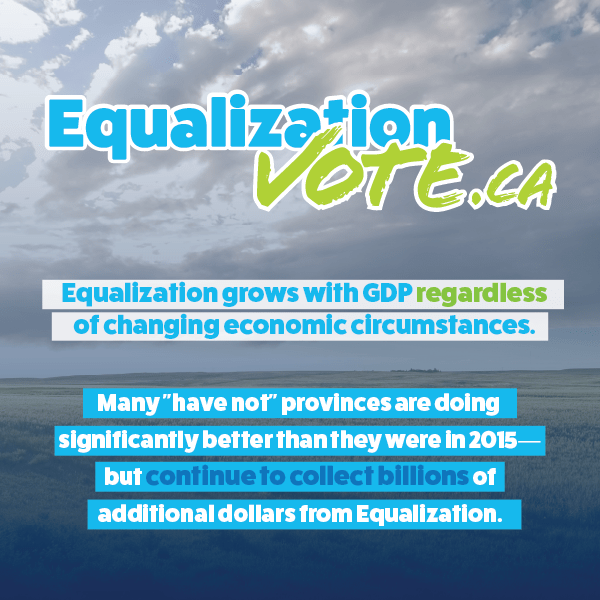 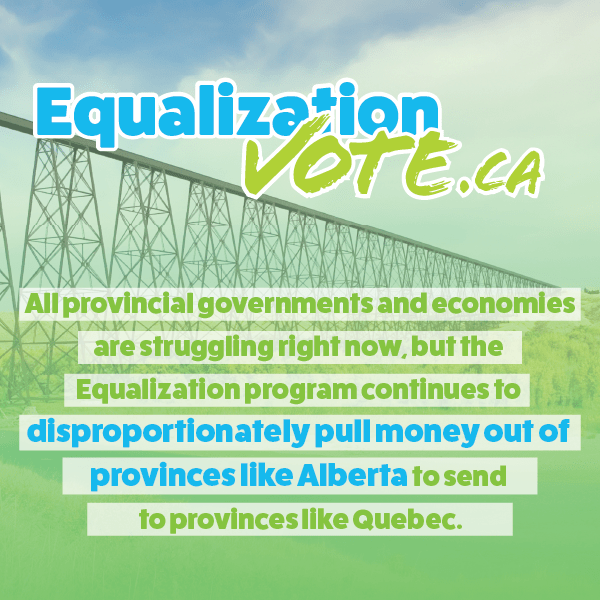 • Bill Bewick: The Alberta equalization referendum is a desperate call for fairness

• Bill Bewick: If Albertans vote against equalization, the feds will have a 'duty' to listen

Equalization Vote is an Initiative by the United Conservative Caucus.