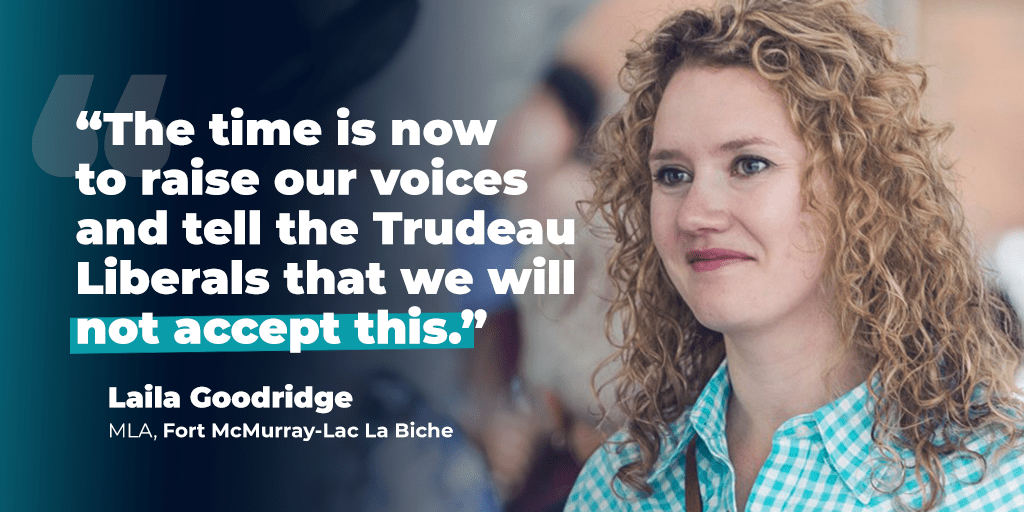 Fort McMurray-Lac La Biche MLA Laila Goodridge is calling on all Alberta politicians at all levels of government to join together and condemn the Trudeau government’s plan to hike the federal consumer carbon tax to $170 a tonne by 2030.

The planned increase – which would adversely impact Alberta – will come after Prime Minister Justin Trudeau explicitly promised not to increase the carbon tax during the 2019 federal election.

Goodridge – who represents tens-of-thousands of energy workers – says the increase would be devastating for Alberta industry and jobs in her constituency and across the province.